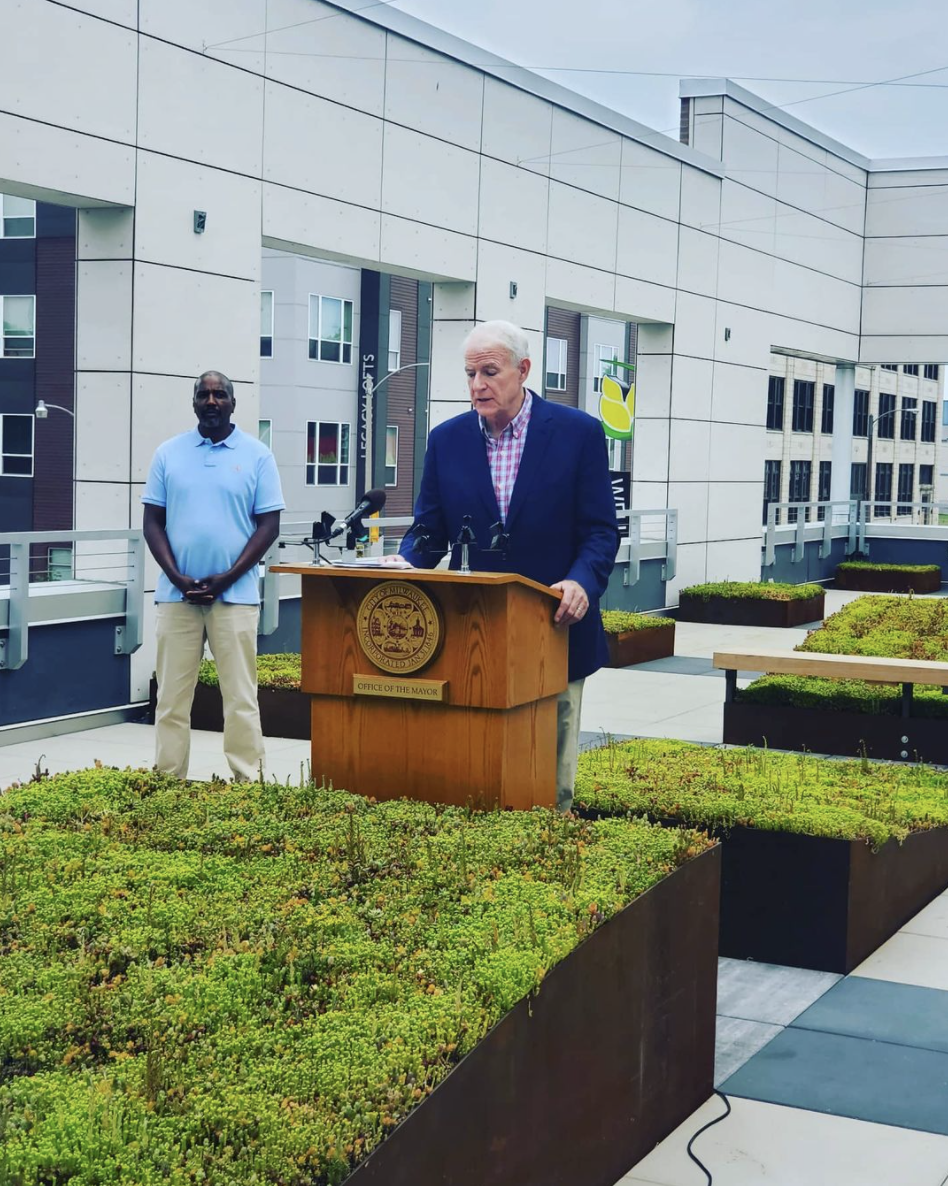 City of Milwaukee’s Mayor Tom Barrett, announced the winners of the 2021 Mayor’s Design Award at Walnut Way’s Innovations and Wellness Commons. This is the 24th year of the annual award program that aims to “recognize design excellence throughout the City of Milwaukee. Recipients have added value to their neighborhoods by restoring, constructing or enhancing their properties in a way that respects the urban fabric and contributes to the character of their surroundings,” according to the City of Milwaukee’s website. The event streamed live from the Wellness Commons green rooftop terrace, installed by Blue Skies Landscaping team, which helps collect stormwater and offers an unparalleled vista onto the North Avenue commercial corridor.

Walnut Way’s Innovations and Wellness Commons was among 25 winners. It was a part of the award category called, Filled In, which exemplifies “urban infill by redeveloping challenging sites with new construction that repair critical gaps in the urban fabric while enhancing their neighborhoods and contributing to the character of their surroundings,” according to the City of Milwaukee’s website. Walnut Way was named winner of the Filled-In Category. Walnut Way is honored to be among the many transformative project finalists across the City of Milwaukee.

Learn more about the annual awards and the finalists by visiting the City of Milwaukee’s website. The video was streamed live on Facebook and is on the Department of City Development Facebook and can be viewed here. The awards were covered by media outlets including Urban Milwaukee and The Milwaukee Business Journal.